Watch movies on moviepass: On – Demand at low costs 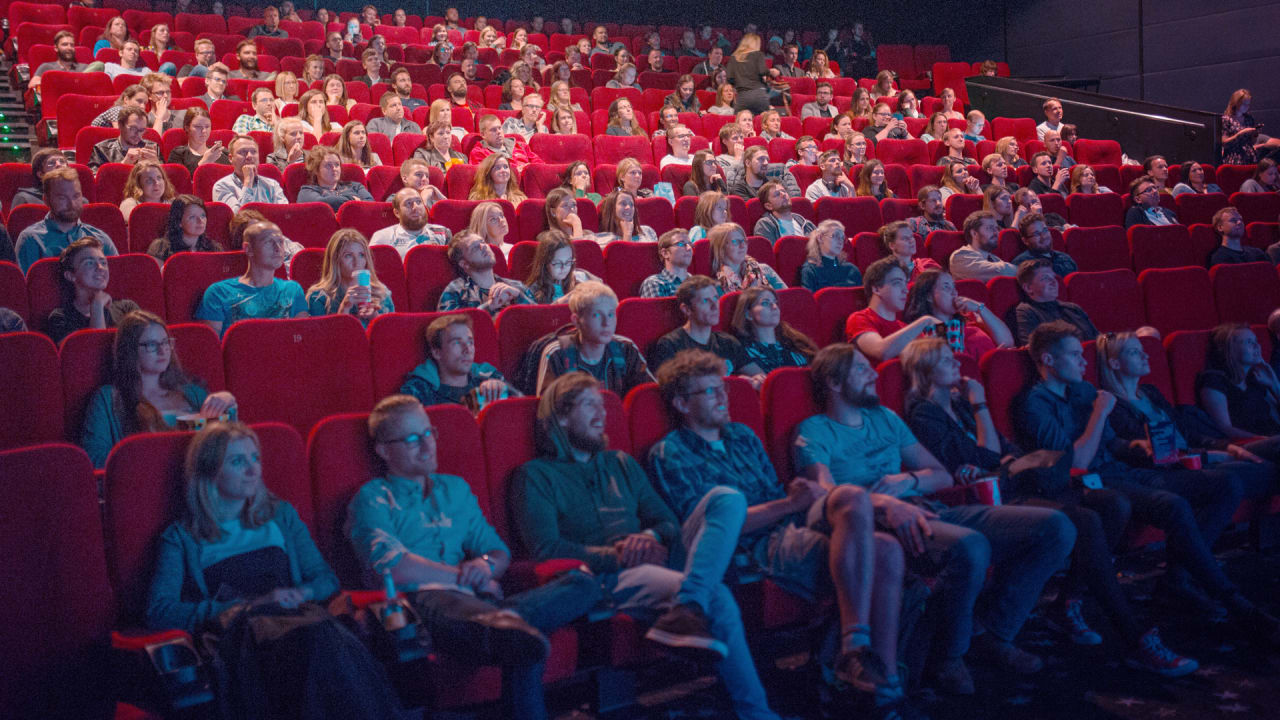 Ted is the co-founder of Zash Global Media and Entertainment, a growing network of synergistic firms collaborating to transform the media and entertainment industries. Zash, a 360° marketing ecosystem fuelled by rich data and business experience, creates and distributes customized content for a diverse range of target markets using breakthrough models and digital technologies. Zash made headlines recently by purchasing a majority stake in Lomotif, TikTok’s main rival in Asia, which has over 350 million monthly user-created videos and expects to extend the site to the United States and beyond.

Get to know about movie pass

MoviePass is a monthly streaming programme that allows you to watch movies on demand. Ted Farnsworth made headlines in 2017 when firm, Helios and Matheson Analytics, purchased it, a budding streaming service. Ted saw the opportunity for success and implemented his innovative pricing strategy, dropping the subscription rate from $50 to $9.95 and enabling viewers to watch up to one movie a day. Pundits at the time were denouncing the movie theatre industry as dead and buried, citing rising ticket prices and the success of SVOD channels such as Netflix. Ted, on the other hand, recognized that the allure of the movie theatre remained powerful and that with the right offers, he could entice moviegoers back to the movies. What does moviepass do?

Ted has big ideas about what Moviepass could do. Ted never intended to benefit from subscription fees; however, realized that the best way to make money was to exploit and sell usage data to help inform future media creation. It also attempting to persuade movie theatres to reduce admission rates for its subscribers, based on evidence that they spent more money on concessions than the average moviegoer.Ted also expected MoviePass to be completely integrated into every area of the movie theatre business in the future, including funding and promotion of new films. This started with a collaboration with Emmett Furla Oasis Films to form MoviePass Films, which went on to make several popular films.

Unfortunately, Ted’s thoughtful and creative development strategy was thwarted early on when several theatres, such as AMC, launched their streaming services to deal with MoviePass, flooding the market. In addition to this loss, MoviePass was forced to close its doors in 2019 due to a barrage of losses, including dishonest users exchanging credentials with non-subscribers.

Though Ted’s larger aspirations for MoviePass did not turn out, his now-famous streaming model was a hit, and his creativity earned him a prominent position in the field of digital media marketing and entertainment. 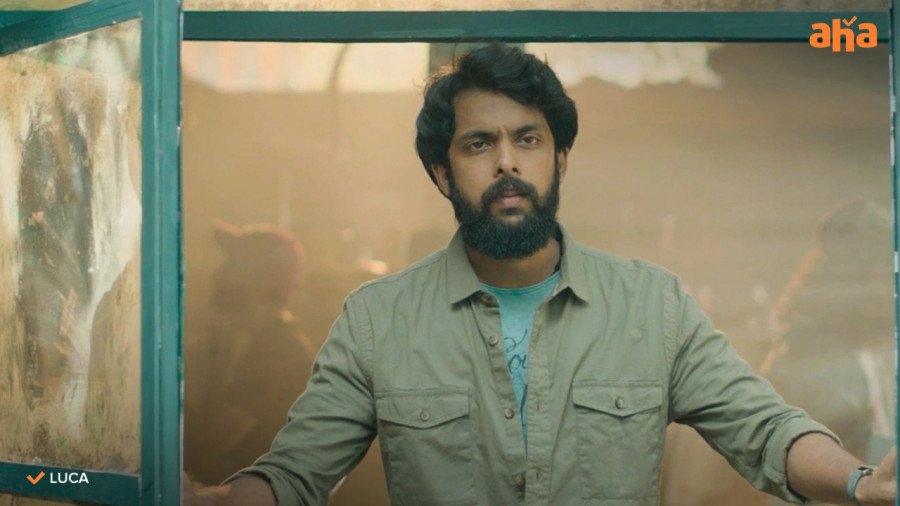 Tollywood movies are known for the best content which it provides its users. Day by day, more people have started watching these Telugu movies. Tollywood is in trend among the people. This industry is the most demanded among many other film industries. Many film industries are re-making the films of the Tollywood industry. It is happening because the movie’s story and action are of the quality that people should watch. They feel proud of this Indian industry when they see such movies winning people’s hearts over the whole world. Not only comedy but also a thriller and inspirational films are a must-watch for the viewers. Such a film recommended is the story of Luca Alias Johnny.

Luca Alias Johnny was released on the 28th.

June 2019. It is an Indian Malayalam-language drama film. Arun Bose is the director and writer of this film. Also, Linto Thomas and Prince Hussain are the producers of this film. Tovino Thomas as Luca, Ahaana Krishna as Niharika Banerjee, and Nithin George as Akbar Hussein are the lead characters of the film. Sooraj S. Kurup is the music director of this film. Also, Mridul George is the writer of the film. Nimish Ravi has looked after the cinematography part of the movie. The movie is a total of 151 minutes long. The budget for this film was Rs.7 Crores. However, the box office came to Rs.20 Crore.

The story starts with an investigation case where a police officer named Akbar solves a murder case. During the case, he gets a diary from where the movie rewinds, and the lead actor Luca gets introduced. The film shows the love story between Luca and Niharika. Also, how Niharika helps Luca to overcome his fear of death. The love story of Luca and Niharika inspires the police inspector and helps him solve the case. Also, the scripting of the movie is very interesting. However, the story of three different persons gets interconnected indirectly. The case comes of Luca and Niharika itself. Luca is a very creative and short-tempered character. Niharika was very conservative in her life.

The music and the background are the best part of the film as a viewer. The songs are peaceful and a treat to the ears. Fans love such movies of the Tollywood industry. Before, people couldn’t watch these Telugu movies online. They have to go to the cinema every time they wanted to see it. It caused many people not to see their favorite movies because of some reason. But, when Aha introduced its OTT platform, more and more viewers have started watch movies online. It becomes convenient for them to watch their favorite movie anytime and anywhere. All the latest Telugu films released are available on the Aha channel. Also, many of the web series are available on this platform for the viewer’s entertainment. Aha has constantly been a great relief to all the people after this period of Lockdown. Watch Luca Alias Johnny online in Aha.

Do you have experience of watching online movies? If so, you are a lucky person because online movies are very awesome and mind-blowing. Yes, nowadays,mindblowing romantic movies are telecast by the aha ott. Hence, it is good to watch Telugu movies online without any hesitation. Plenty of Telugu movies are screened online to attract worldwide audiences who have a lot of interest to watch. Many romantic movies that were super hit are screed online to cover the online audience massively. Exclusively, the interest in an online platform to watch online movies is massive among the audiences.

What is special about online platforms? The special feature of the online platform is flexible timings, crystal clear quality picture, and cost affordable. Plenty of Telugu producers and distributors have been working to telecast online movies to earn money. The Ott platform numbers are rising on a daily basis due to the demand. The audience test is changing nowadays because of the online platform sophistication. Enormous numbers of ott platforms are telecasting movies in the Telugu language to gain the attention of the audience. These platforms are spending a lot of money for screening these films to cope with the interest of the audience.

Aha ott platform is selecting very good films, especially films that are super hit and have gained the support of viewers. So, the likes of the audience are increasing when a romantic film is a telecast. The audience never misses the films screened, and they show their interest in these films very much. So, the number of online platforms in the future may rise without any doubt. The lucrative earnings and reputations for these Ott platforms are high. Many numbers of romantic films are gaining momentum because of these online Otts nowadays.

Bhanumati Ramakrishna (2020) is a superhit romantic comedy genre well received by the audience. The film has gained maximum support from the viewers at the time of release. The story of the film is unique, and hence the reception is so high among the viewers. The story of the film deals with two different characters, such as Bhanumathi and Ramakrishna. The woman is thirty years old and is extremely different from a normal woman. She does not care for anything in life and would not listen to anyone’s words. She wanted to proceed in her own way and was dumbed by her boyfriend once.

Ramakrishna is entirely different from the woman, as he likes everyone. He respects everyone equally and wants to remain with his family members always. The character of Ramakrishna is not liked by the lady, and hence they find it difficult to sail together. They both meet each other and started interacting. However, they find it difficult to cope with each others’ character. The story is about their involvement and how they manage to come out of the blue is the main story of the film. There are lots of twists in the story, and hence it gained the support of the audience very well. You should not miss watching the Bhanumati Ramakrishna movie online.